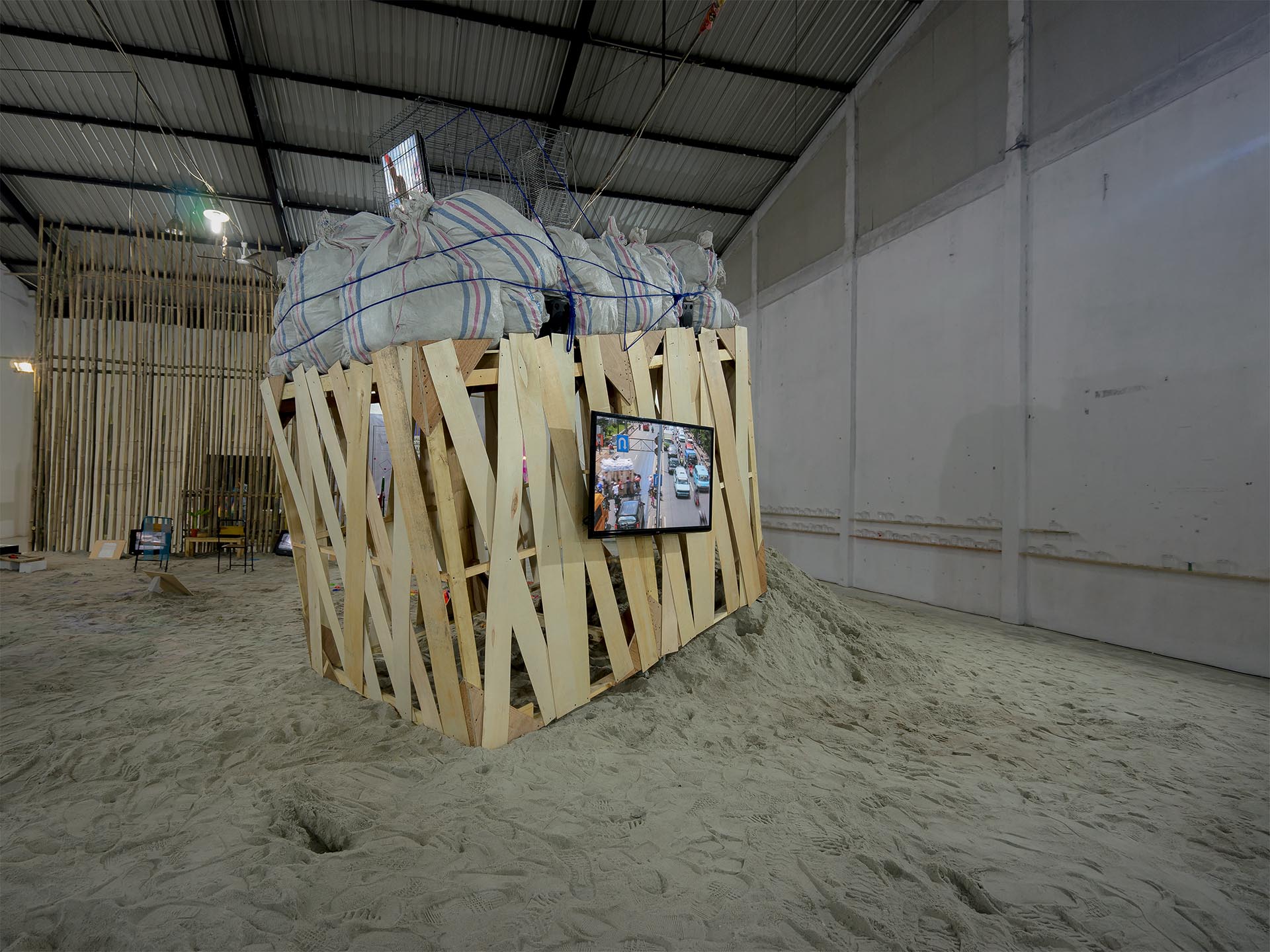 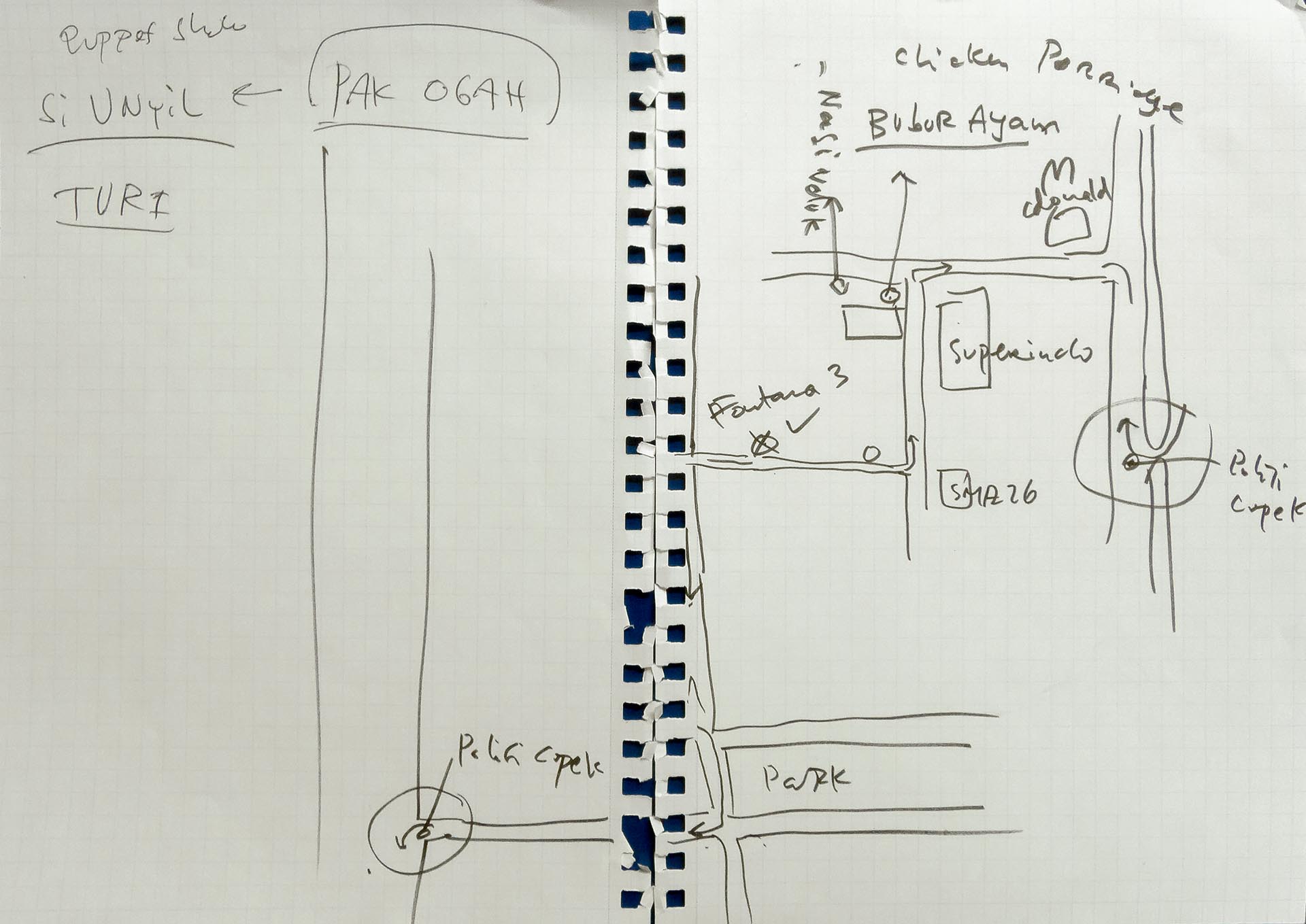 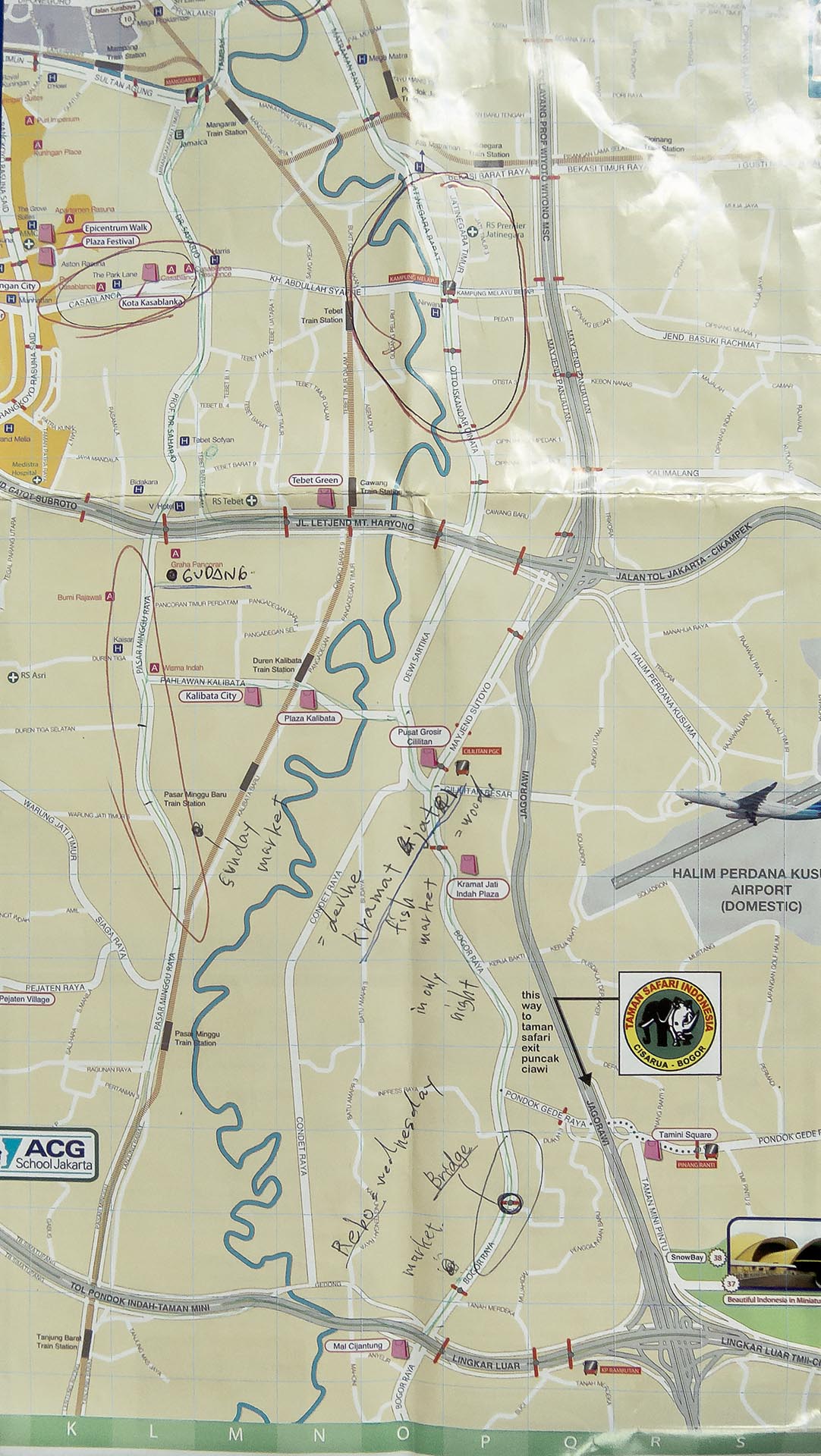 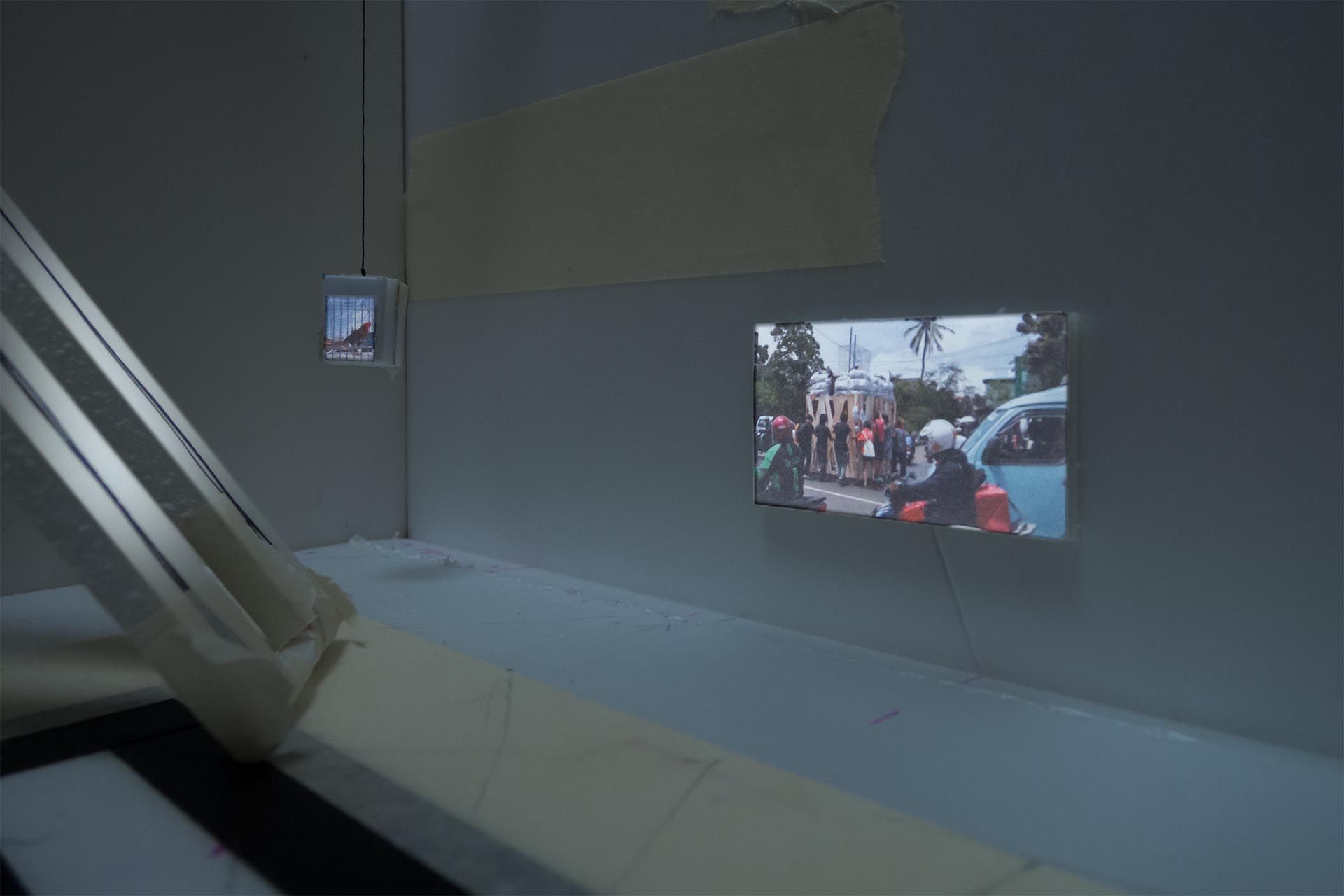 The setting is Jakarta, known for its congested streets and scarcity of traffic signals. Here, drivers are aided by the Polisi Cepek (100 Rupiah police officers): individuals who perform traffic control in exchange for tips. Working with them, I staged a performance wherein we pushed a large cart with a chicken perched on top across the street. When documentation of this performance is played repeatedly in the museum, we are seen endlessly crossing back and forth across this street, with the chicken doubly trapped in the cage and in the loop.

Jakarta is currently investing large amounts of money in developing its transportation infrastructure, in the hope of easing congestion. This development will eventually render the roles played by the Polisi Cepek obsolete.