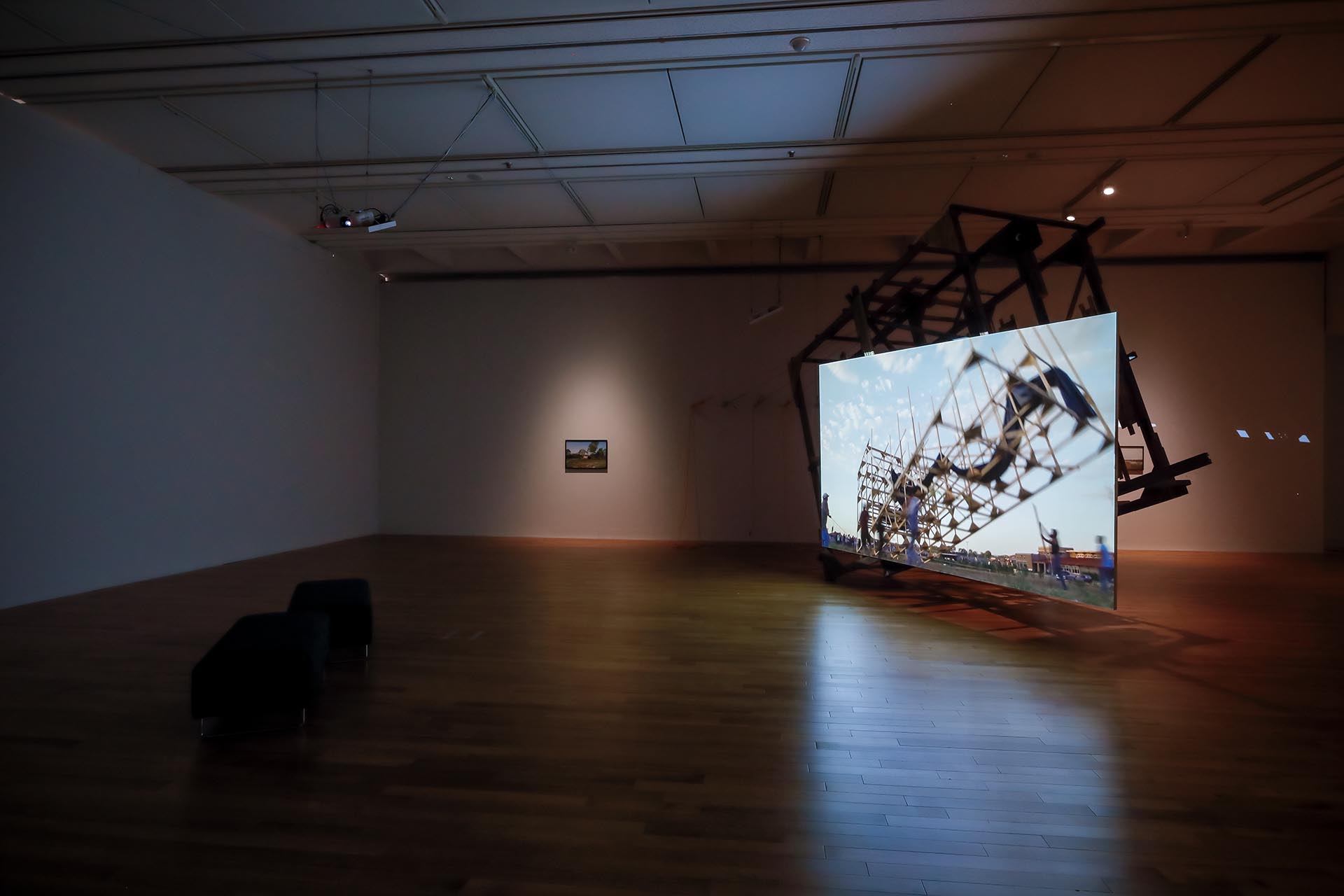 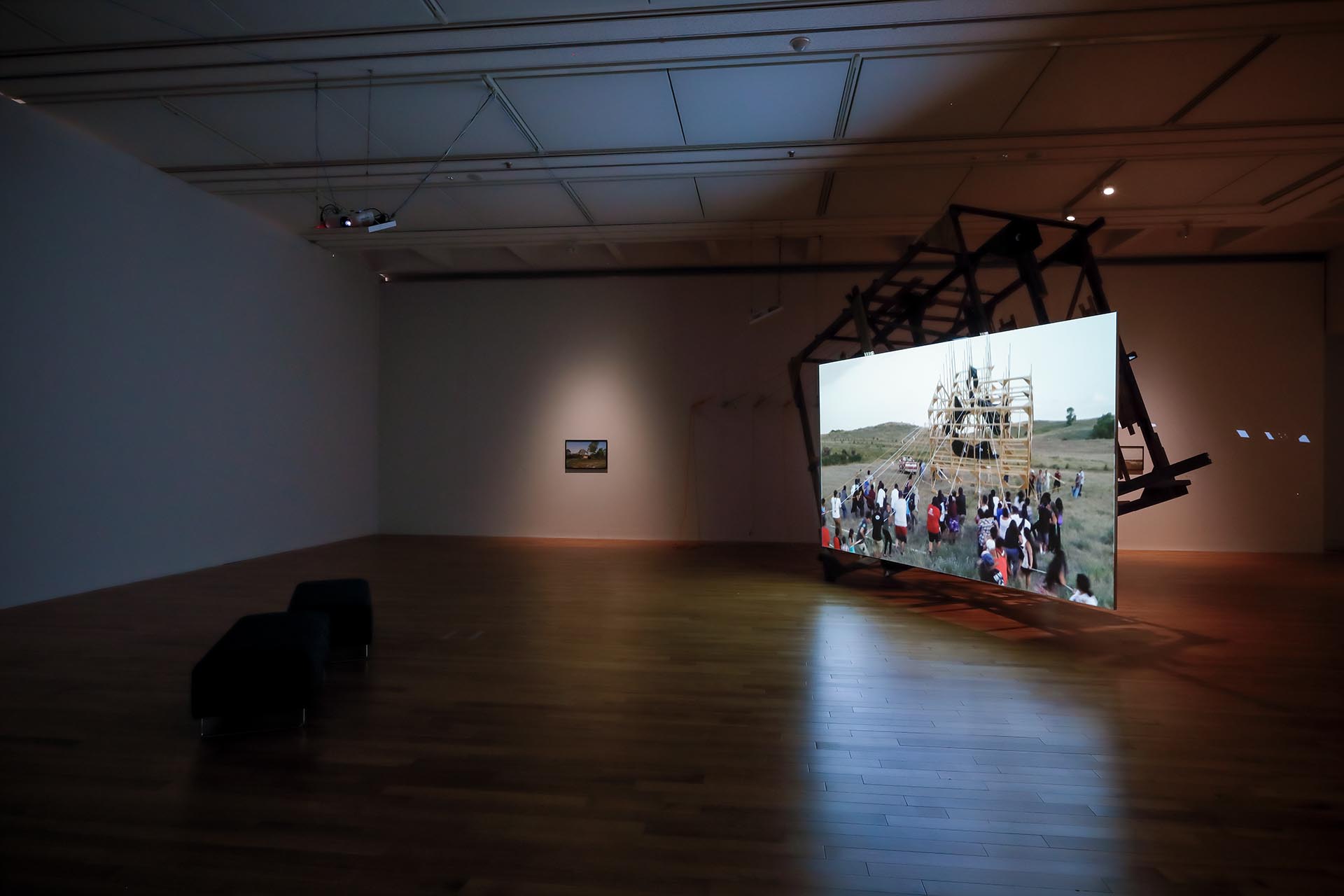 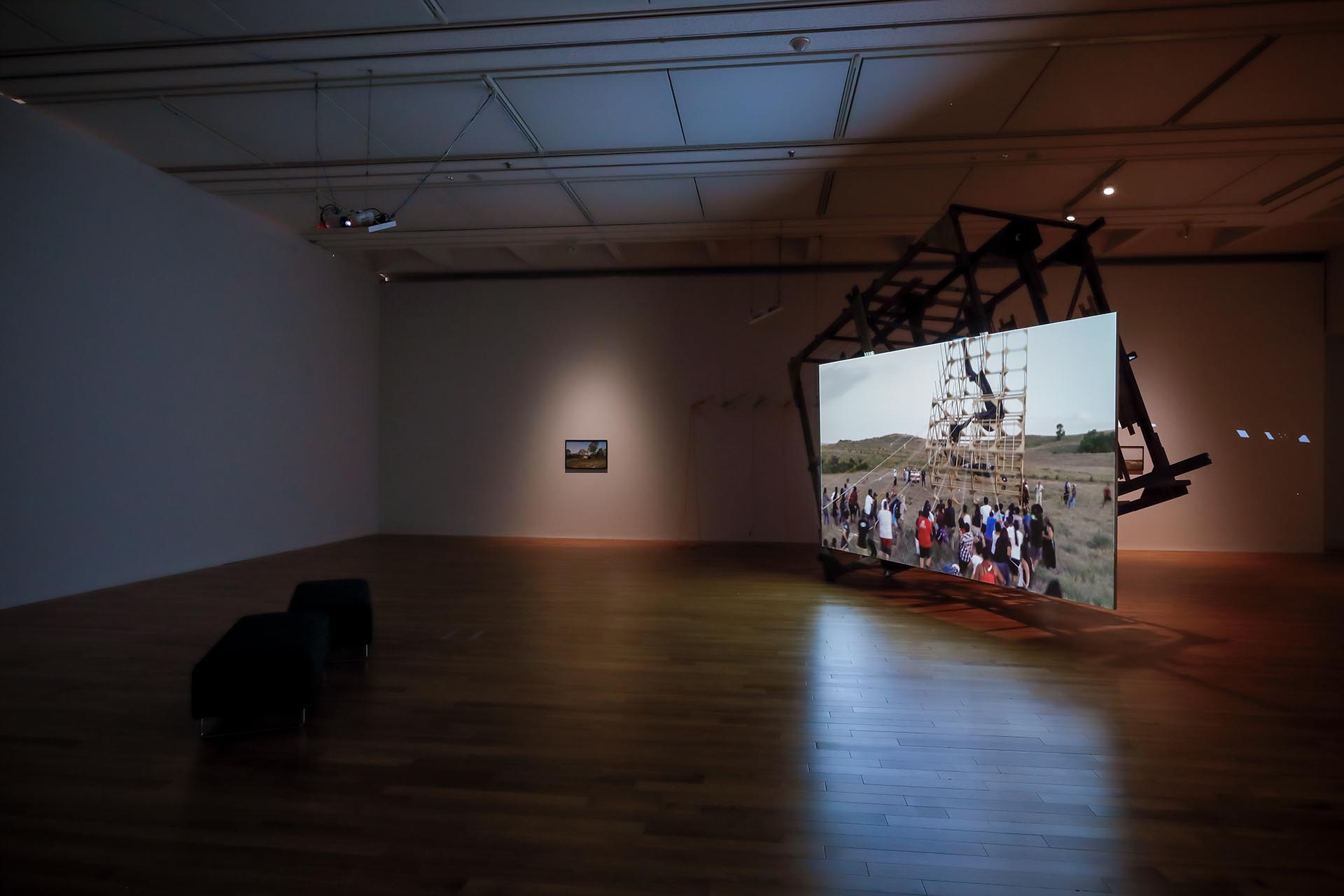 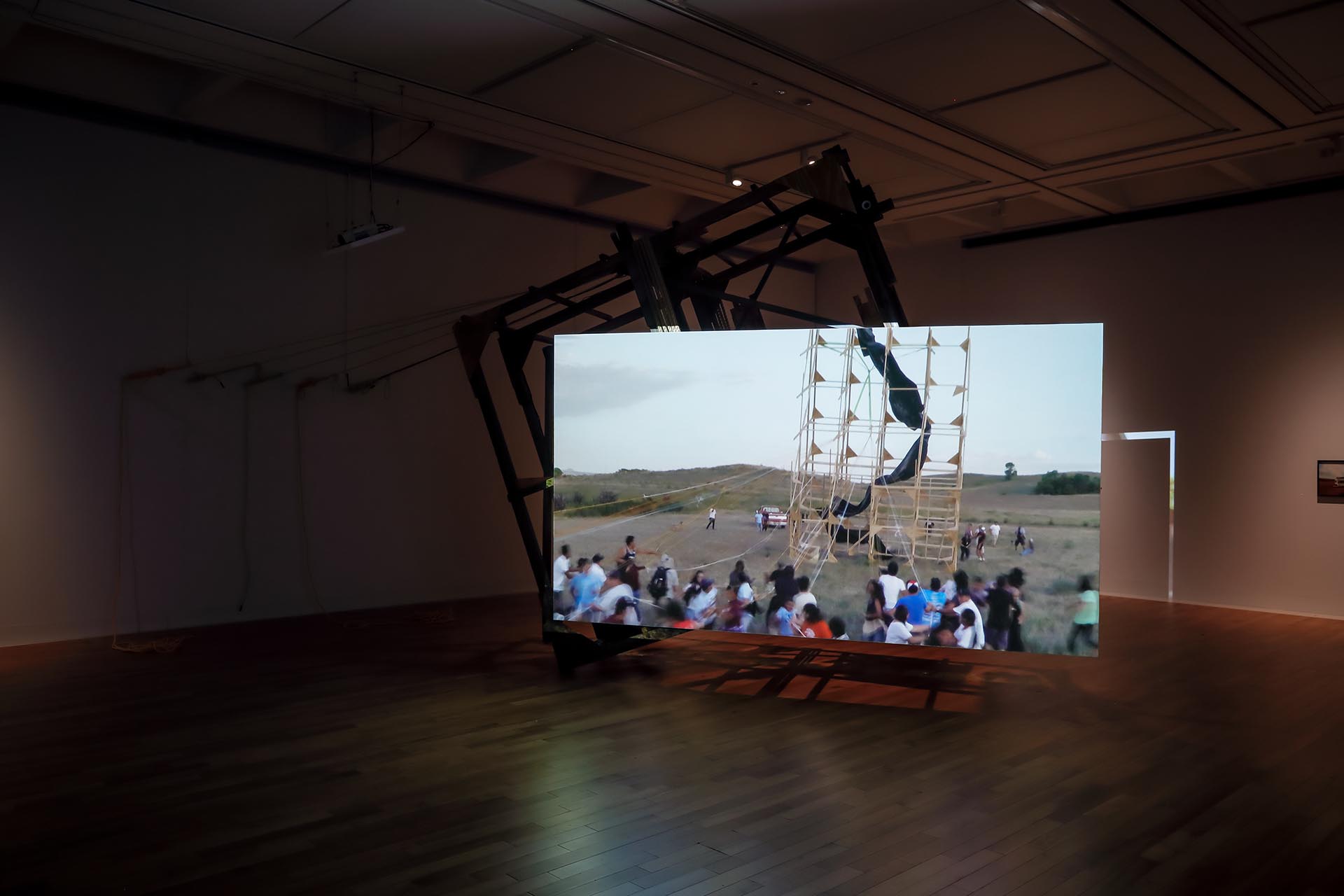 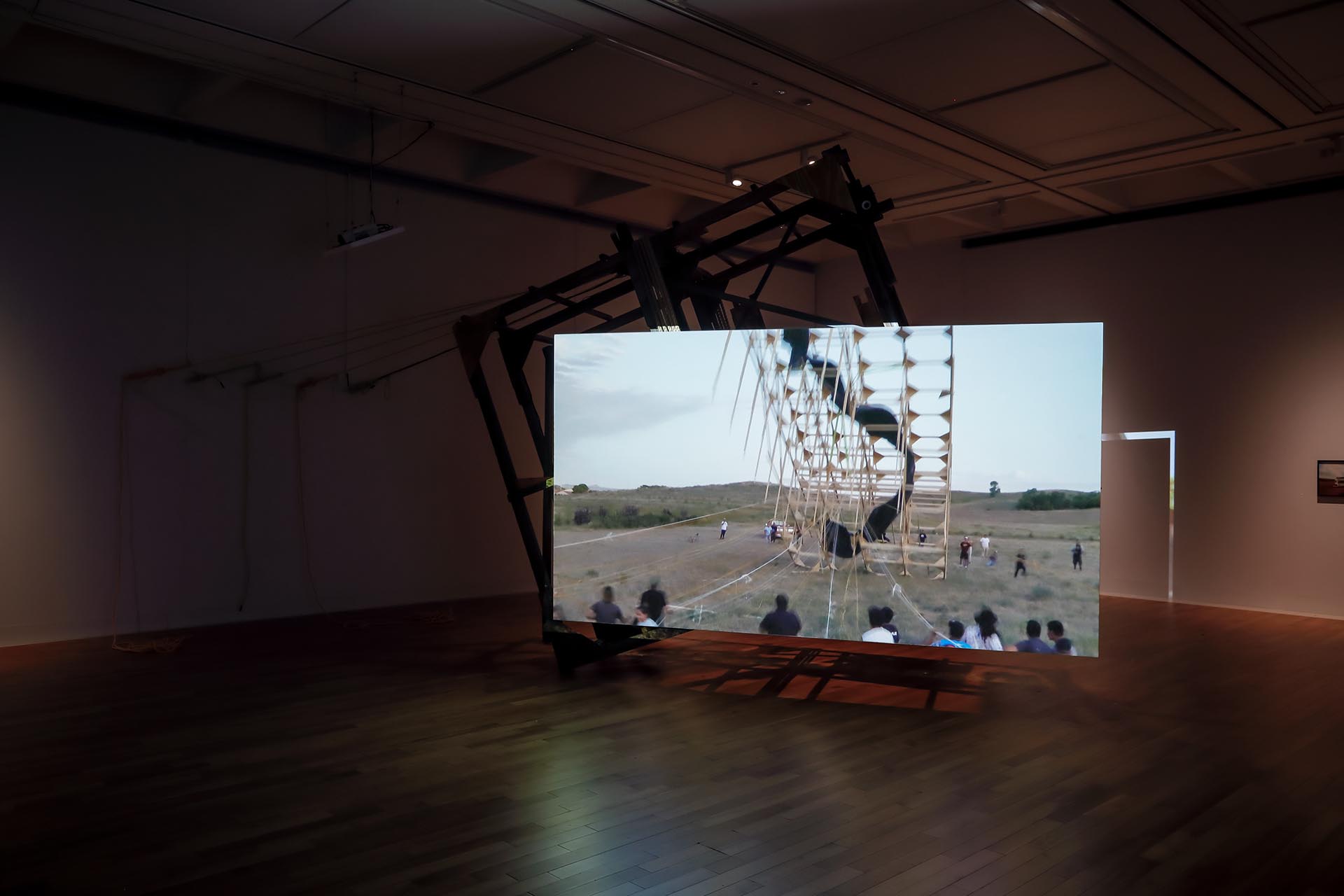 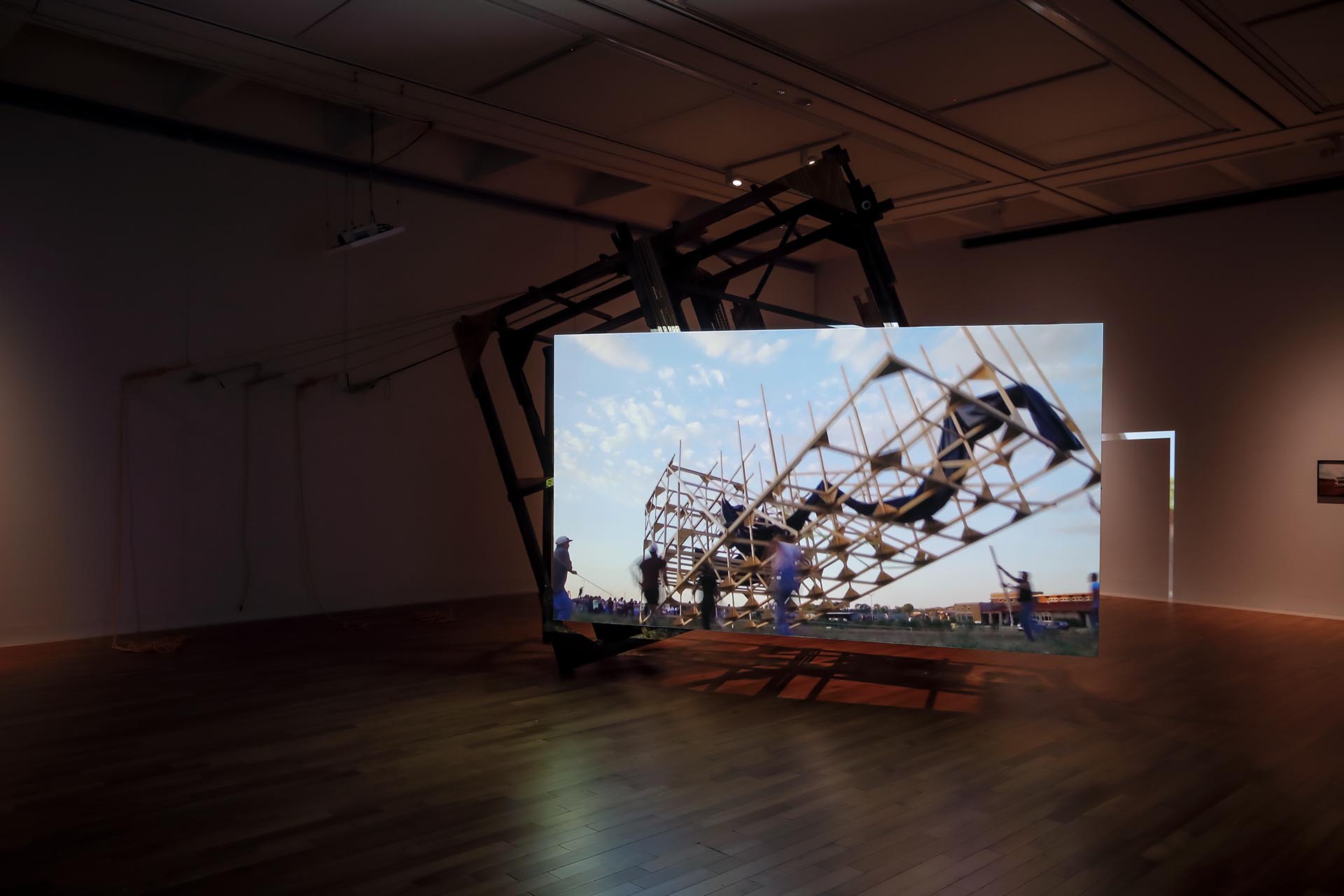 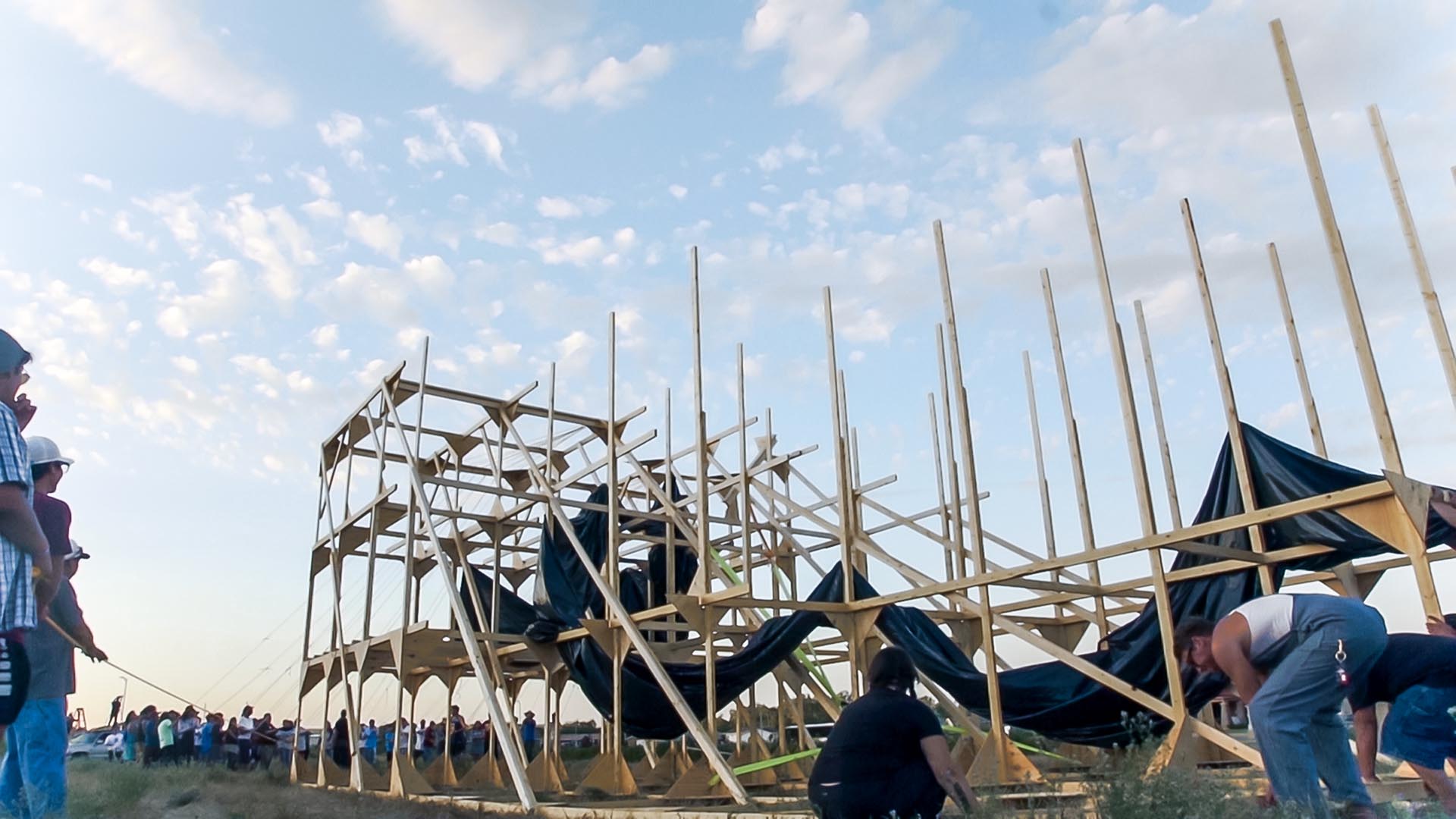 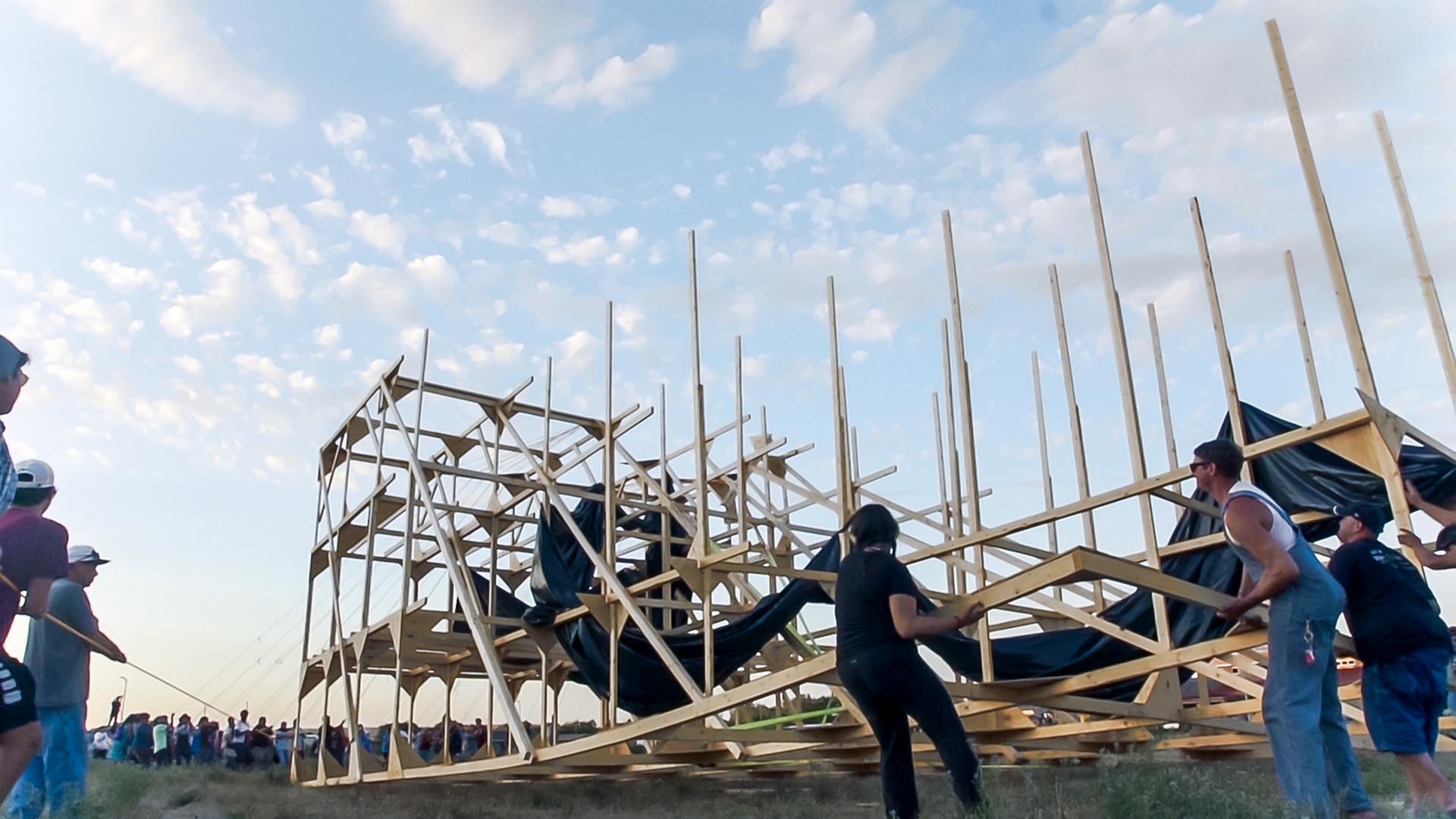 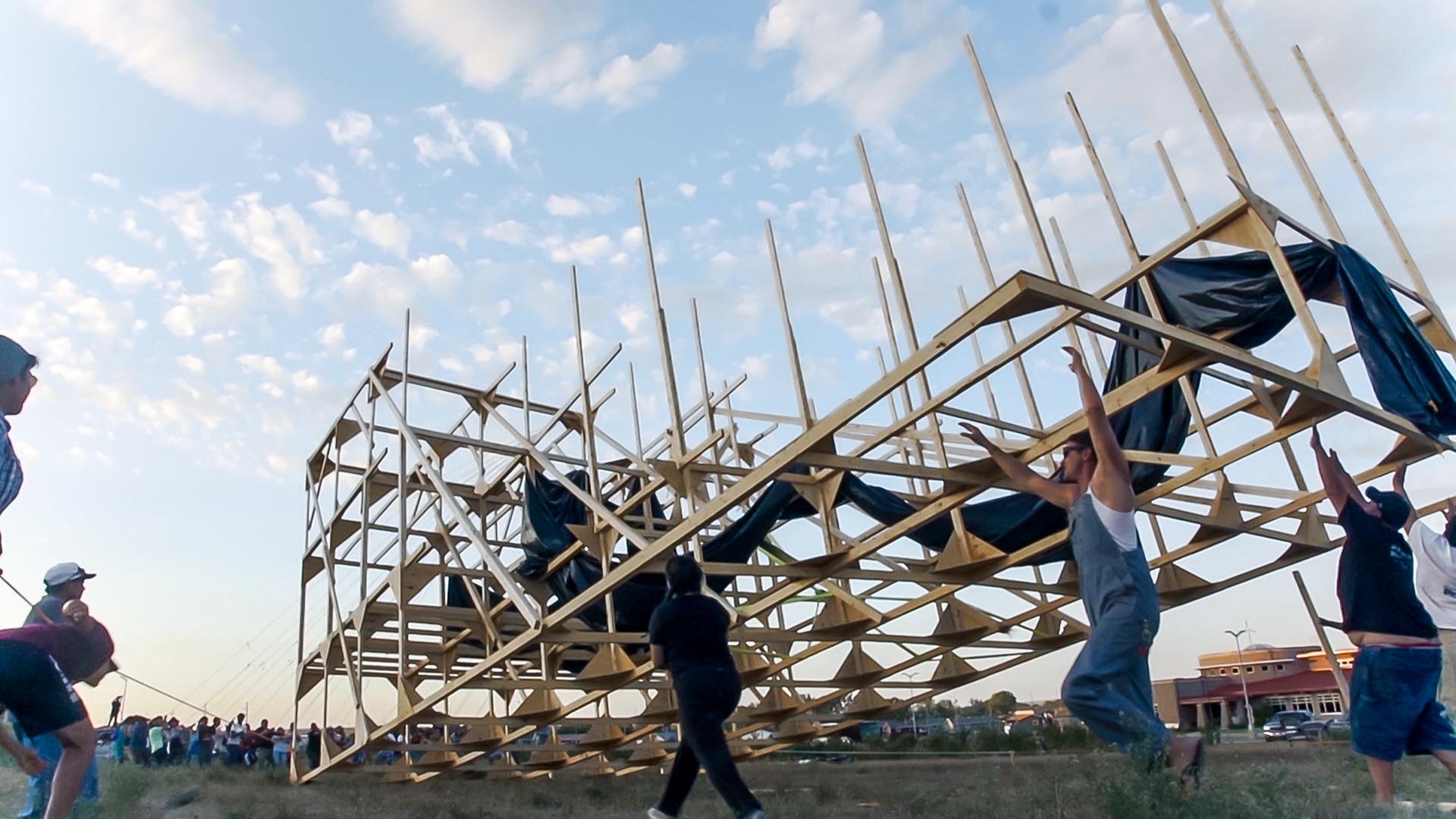 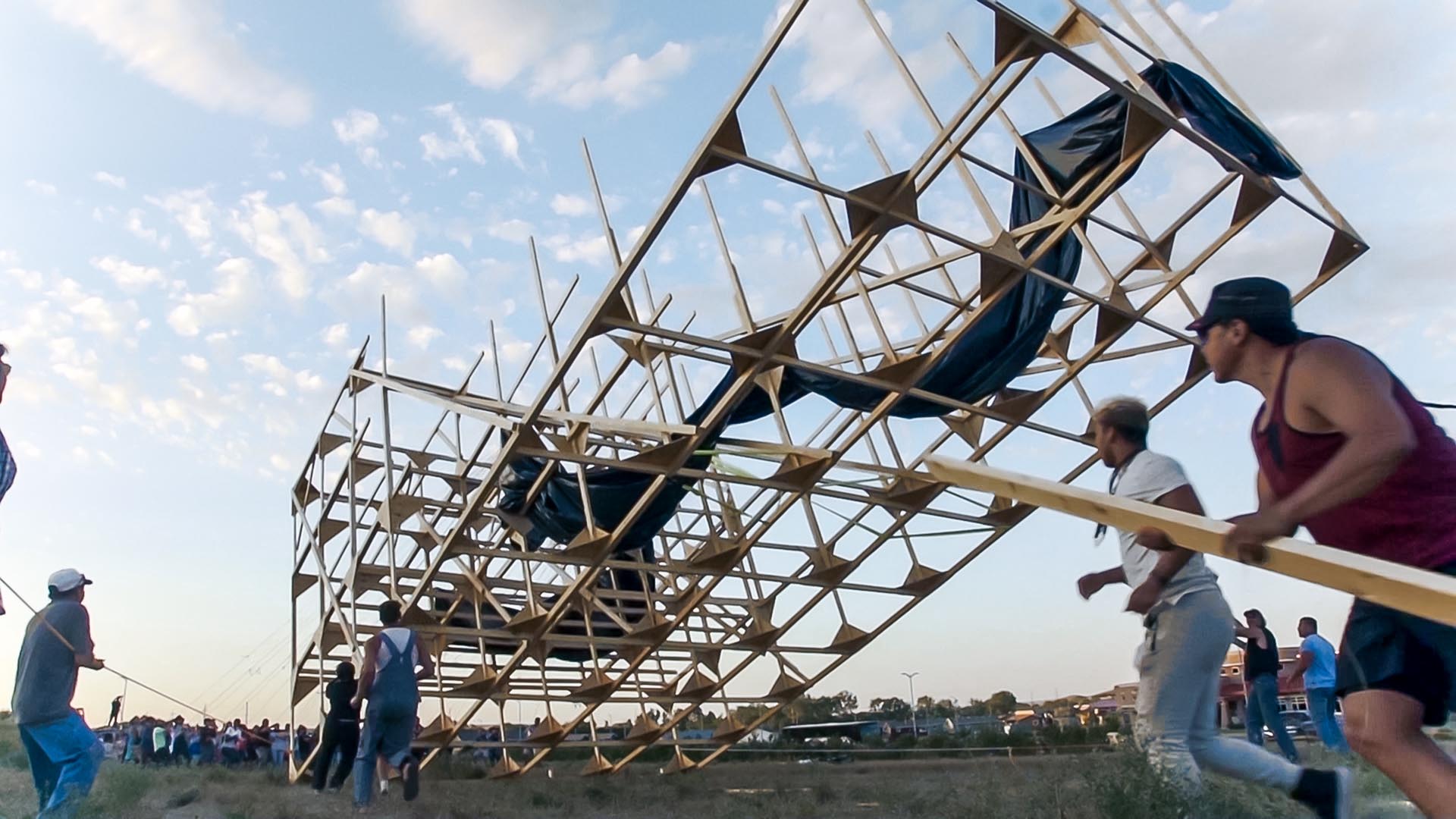 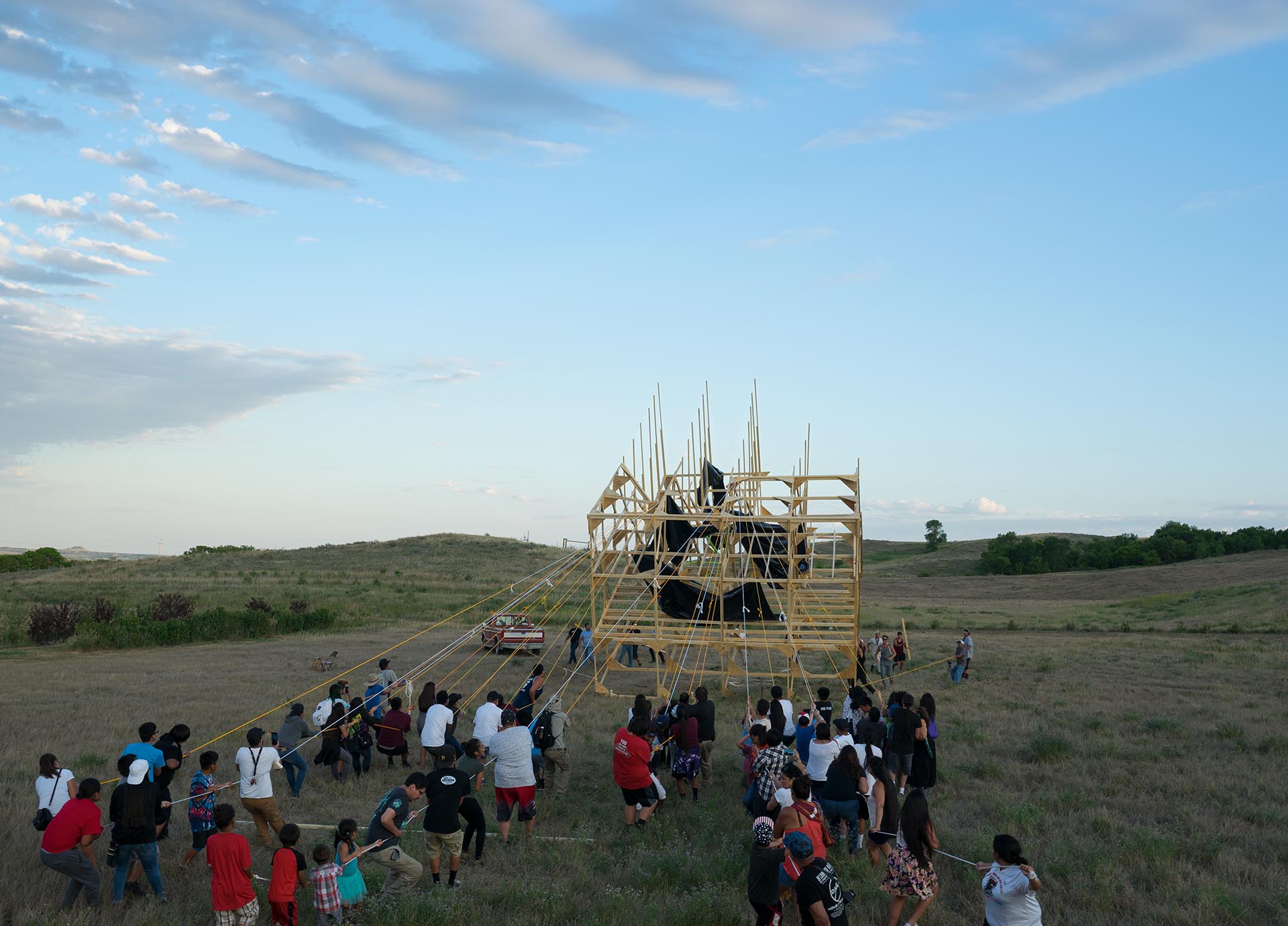 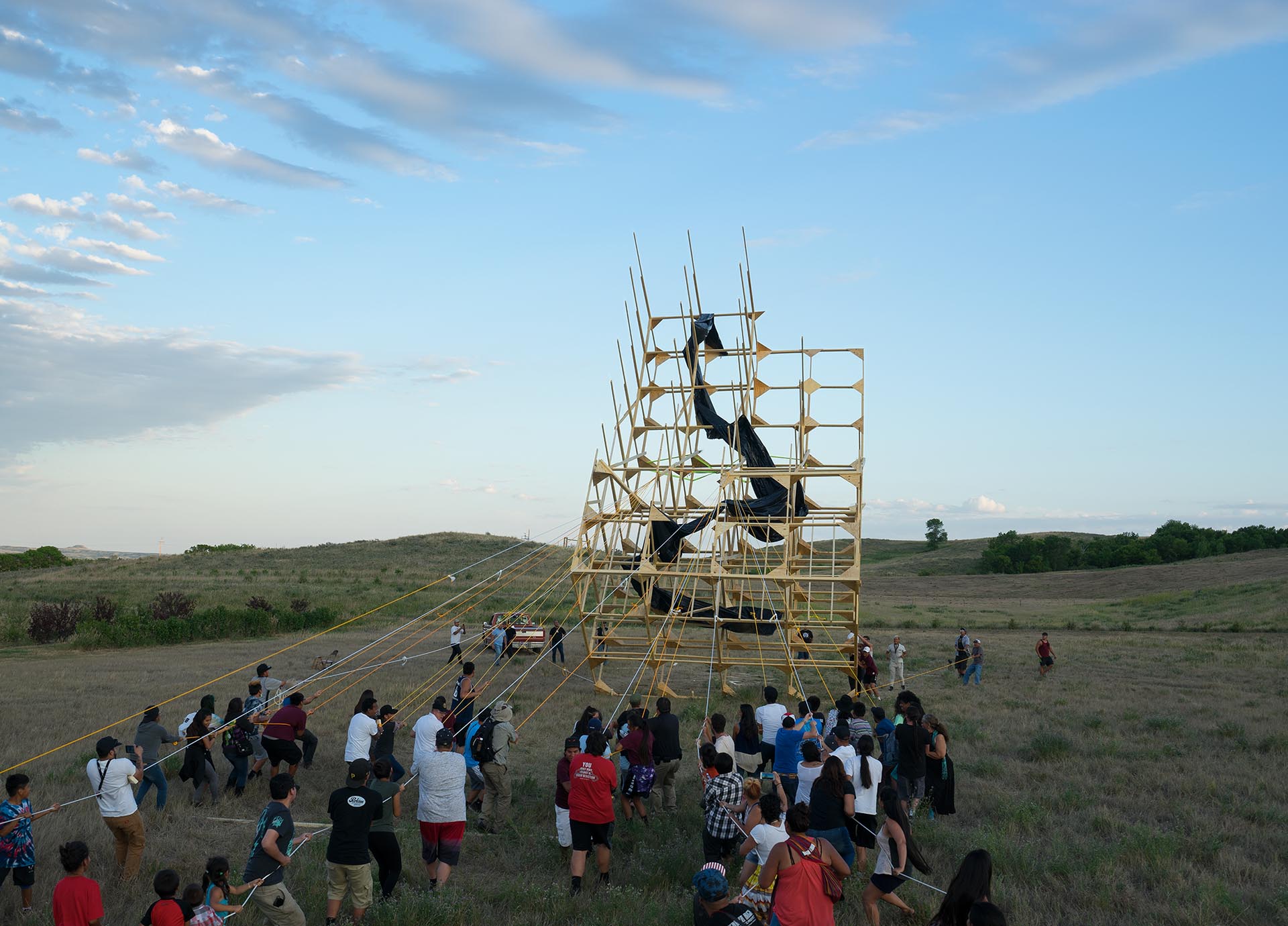 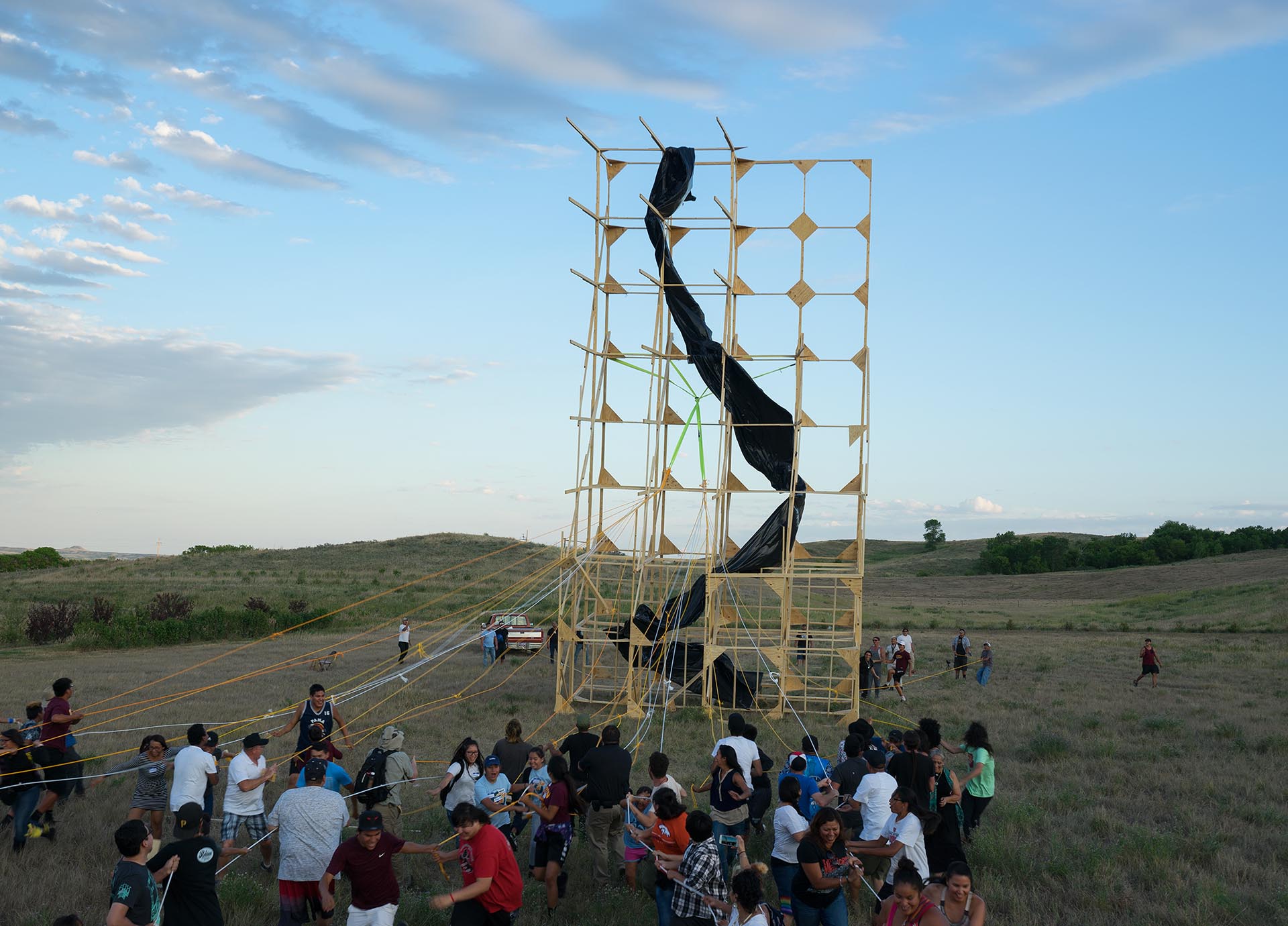 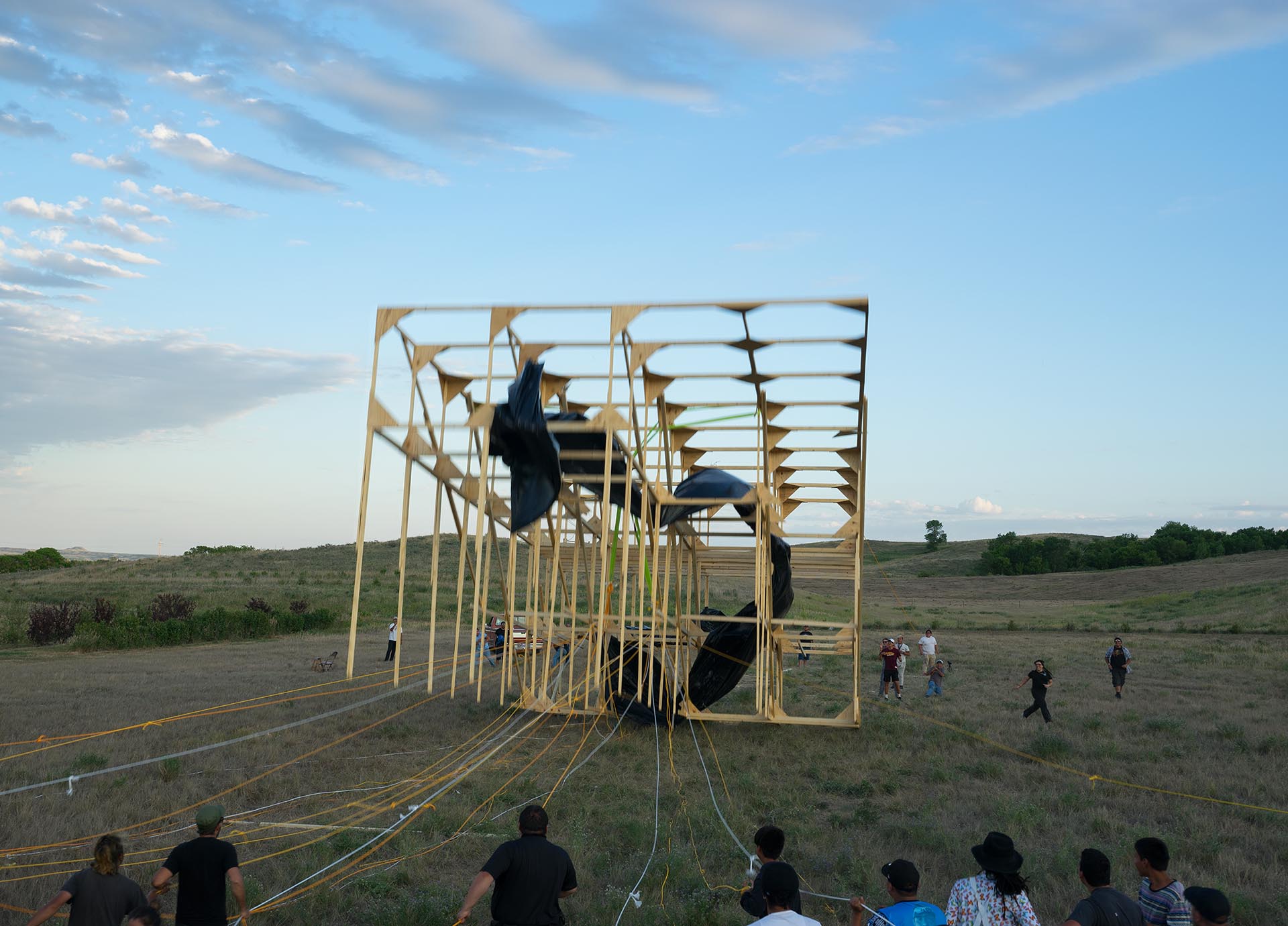 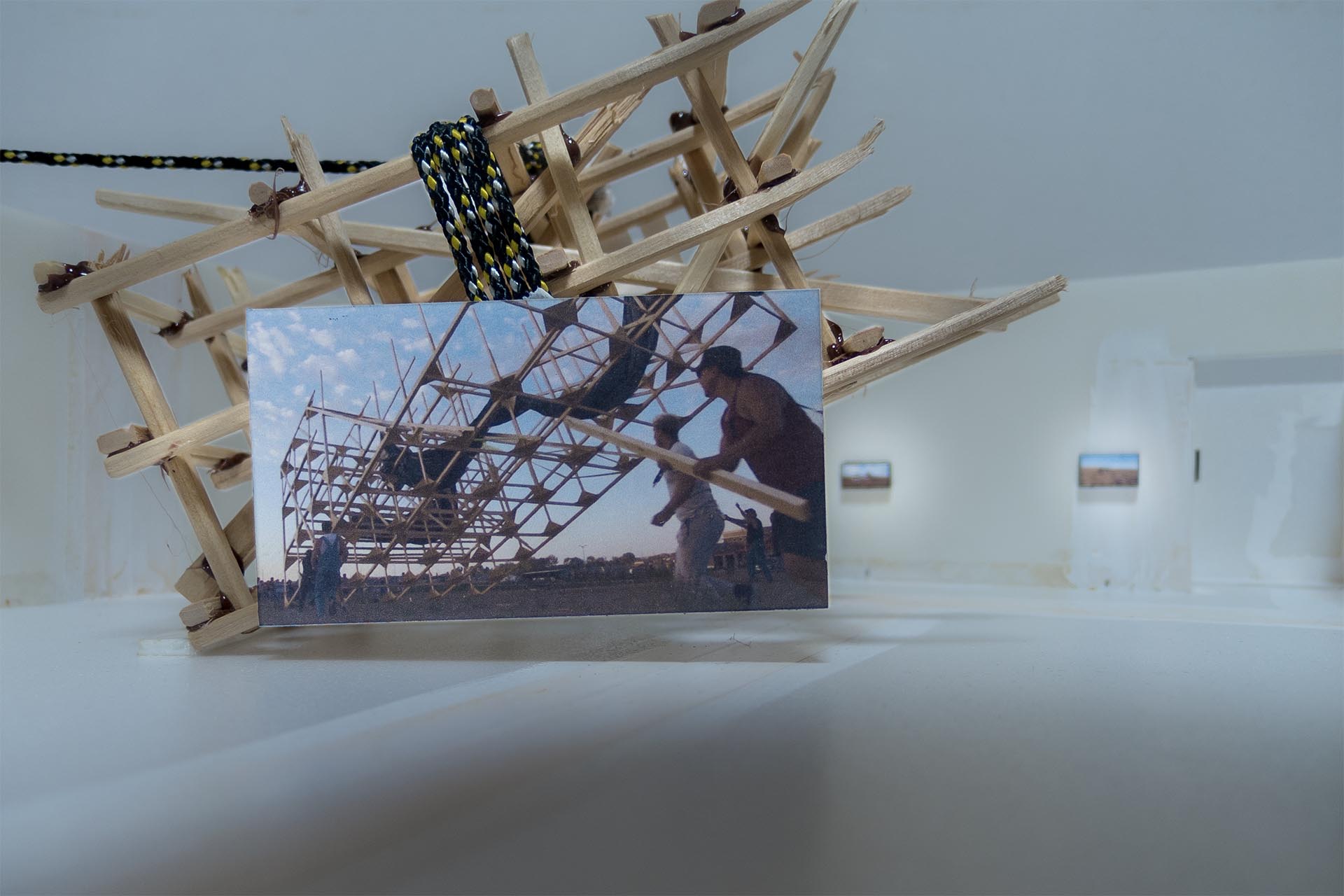 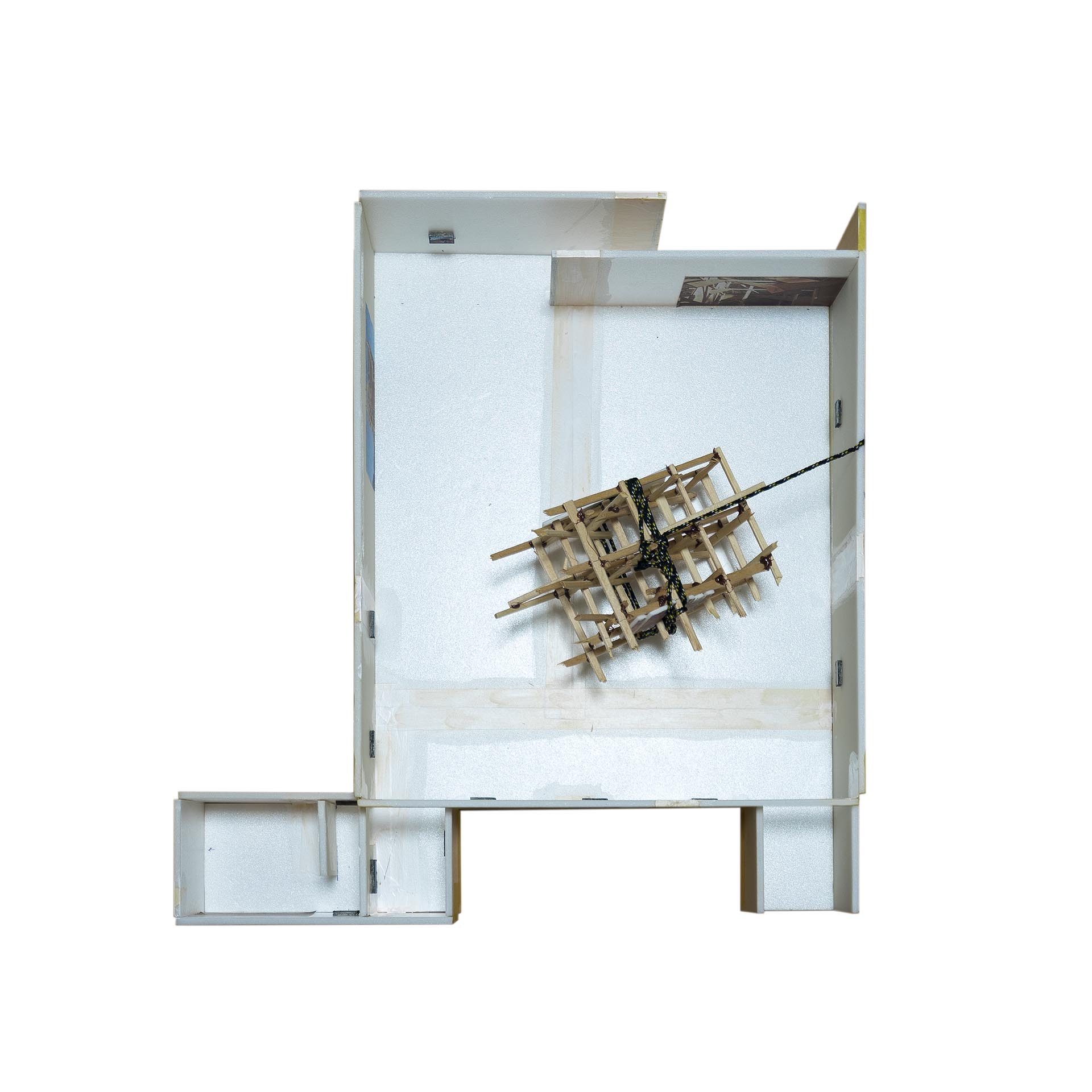 The construction of the Dakota Access Oil Pipeline became a contentious issue during the presidential election the previous year. For the performance, I chose to create a grid-like structure that housed black plastic sheets normally used for agriculture. I wanted to represent the oil pipeline through an image that people living in the area often invoke: a black snake.